HOW about this for a catch of stunners... one of the largest rudd braces ever landed, scaling 4 lb 7 oz and 3 lb 7 oz.

He then returned two days later to the secret syndicate lake for fish of 3 lb
7 oz and 3 lb 1 oz.

Josh, who works at Rod & Reel, at Bawtry, South Yorkshire, explained: “I arrived for a two-night session on my syndicate and had my eyes set on catching a big rudd.

“I’d been saying to myself for a while that I was going to start targeting them, so on this session I sacrificed one of the carp rods and put out a rod for the rudd instead, and I’m certainly glad I did.

“At 11.30pm I had a bite on the rudd rod and knew instantly that it was a decent fish.

“As it came towards the net, it powered off and tried to go under my other two rods, but slowly it came back and I managed to get the net under what was certainly one of the most breathtaking fish I’ve caught. Just to see them at that size really is something special.

“I weighed the fish and it turned out to be 4 lb 7 oz, which was way bigger than any rudd I’d caught before.

“I’d well and truly got the big rudd bug, and went on to land the other two.

“My tactics were a trimmed Dynamite The Source pop-up and a simple knotless knot hair-rig. I also attached a PVA bag of crushed CompleX-T boilies and 4 mm pellets.

“I fished at around 30 yards, where I’d seen a couple of rudd roll prior to setting up.

“I’d had them up to around 2 lb last year, fishing a waggler, but this is my first time fishing for them on bigger baits.

“I didn’t want to fish too light, just in case I ended up hooking a carp, so I used a size 10 Korda Mixa hook and a 15 lb supple trace,” concluded the 24-year-old Rotherham, South Yorkshire, angler. 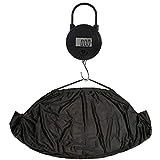 Carp angler Tom Jacklin set the biggest ever rudd brace in June last year when he caught giants of 4 lb 8 oz and 4 lb from a Lincolnshire water.

Tom’s biggest, at 4 lb 8 oz, equalled the official English best, caught by the Reverend Edward Alston at Norfolk’s Ringmere in 1933.

Rev Alston’s fish remained the British record until Simon Parry had two rudd of 4 lb 10 oz in Northern Ireland in 2001.

The stunning rudd was caught by design. He was using a helicopter rig, Kamasan black cap feeder with added lead…

Having witnessed rudd to 3 lb 4 oz landed at a Fenland lake during recent weeks, 28-year-old Jamie was fired…

THE second biggest rudd of the year, a staggering 4 lb specimen, has come out from a carp syndicate lake.…