KIERAN ROCHE came within 2 oz of making history with this 21 lb 3 oz monster.

Kieran's giant was so close to the British zander record.

The 29-year-old nudged the British zander record when he tempted the fish from the River Severn on a white shad lure.

“What a fish, what a fight. I still can’t quite believe it,” said Kieran.

“It is an absolute dream fish that I will never beat and it came in at 93 cm.

“It is the fattest deepest zander I have ever seen.

“She smashed a white 7 cm Realistic Shad Roach pattern and shot off into the deep water pulling the reel drag like crazy.

The lure that caught the predator that rocked the British zander record.

Kieran continued: “Once I saw it surface and realised it was a big zander my arms and legs turned to jelly.

“It is just off the UK record zander but may be one of the biggest UK zander on lure. Over the moon is an understatement.

“It absolutely smashed my previous biggest zander that would have been around the 6-7 lb mark,” concluded Kieran, who runs Kieran’s Lure Fishing social media sites on Instagram and Facebook.

The long-standing British zander record stands at 21 lb 5 oz. It was set back in 2007 by James Benfield from the River Severn at Upper Lode.

But Angler’s Mail has it on good authority a 23 lb-plus zed was caught recently by an angler who refuses any publicity. 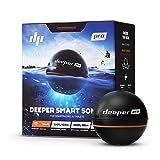 Stonehouse, Gloucestershire-based Jacob had been trying for a double-figure zander for three years before getting lucky on the Gloucester and…